The Harman undertaking, stemming from Home Office v Harman [1983] 1 AC 280, is an undertaking to Court implied by law not to use documents disclosed by one party to the other in any proceedings for an ulterior or collateral purpose.

Moreover, an implied undertaking (known as the Taylor’s implied undertaking) extends the principle to documents obtained under criminal investigations and actions (Taylor and Anor. v Director of the Serious Fraud Office [1999] 2 A.C. 177).

However, a release from such implied undertakings, in some circumstances, may be granted by the Court.

In Wong Lee Yuk Ping Agnes ("Wong") v The Commissioner of Police & Wah Sun Hong Limited ("Wah Sun Hong") HCMP 722/2019, Wah Sun Hong had made discovery in civil proceedings against Wong in respect of a claim, while also supplying documents to the police in support of a criminal complaint on the same matter, alleging they were relevant to the civil action. These documents were subsequently supplied by the police to Wong in order for her to respond to the accusations.

However, a number of crucial documents disclosed to the police had not been discovered in the civil action.

Wong, represented by Jeevan Hingorani leading Lawrence Cheung, sought release from her implied undertaking to Court that she would not use the police-supplied documents for any collateral purpose, in particular the civil action.

Wah Sun Hong had argued in numerous correspondence and at the hearing that no implied undertaking existed; the application was an abuse of process and Wong should simply have applied for specific discovery.

These arguments were rejected by the Court of First Instance which ordered release so that Wong could identify with precision (without breach of the undertaking) the documents of which she could proceed to specific discovery.

(Comment: It was accepted by Wah Sun Hong, in court, that an implied undertaking did exist in respect of the subject documents. Wah Sun Hong did not challenge the law as to restraint of use for a collateral or ulterior purpose. Further, it was not argued by Wah Sun Hong that use of the documents by Wong in a civil action would not constitute a collateral purpose. It would follow then that the application for release could not have been an abuse of process.)

David Boyton was recognised as a leading junior in white-collar crime. It was noted that he ‘represented a number of teachers accused of exam cheating, successfully defeating a prosecution appeal concerning charges of accessing a computer with dishonest intent; the Court of Final Appeal found that the offence could not be committed by using one's own device.’

John Reading SC was recognised as a leading silk in white-collar crime. It was noted, ‘John Reading SC is a former public prosecutor who continues to prosecute as well as defend, with a track record of politically charged cases including that against former Birmingham City FC owner Carson Yeung.’

James Niehorster was recognised as a leading junior in construction. It was noted, ‘He is making a name for himself in the fields of construction and engineering, and is very useful as a junior to lead in such matters as he is also qualified as a quantity surveyor’ and that he ‘has a track record of construction work in Hong Kong, appearing alongside elite names in the English bar as part of a broad practice’. 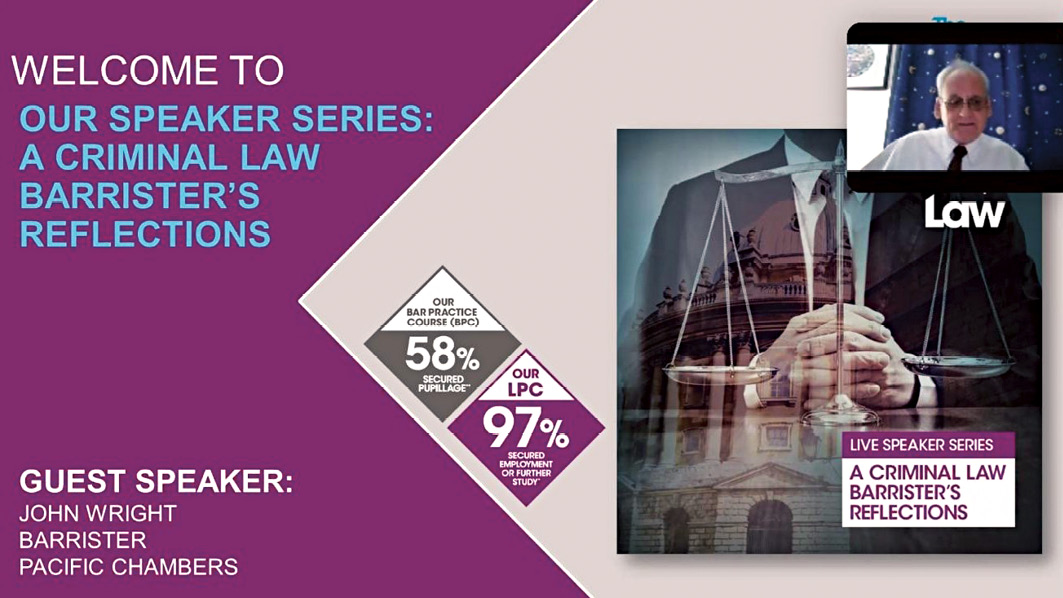 On 28 July 2020, John Wright delivered a fascinating guest lecture on life as a criminal barrister entitled ‘A Criminal Law Barrister’s Reflections’ as part of the University of Law’s Speaker Series.

John gave a unique insight from the perspective of a barrister of long standing in Hong Kong, who has seen many changes throughout his career.

The lecture was featured in the ‘Campus Voices’ section of the September 2020 issue of Hong Kong Lawyer. Read more here.

To watch a recording of the lecture, click here (pw: 6US2thR%).

Belinda K.Y. Ma and Holden N. Slutsky, instructed by the Bar Free Legal Service Scheme, a scheme established to provide free legal advice and representation in cases where Legal Aid is not available or where a party is unable to afford legal assistance but where the case is thought to be one where assistance should be given, appealed the criminal conviction of the appellant in HCMA 49/2018.

The appellant was originally found guilty in the Kwun Tong Magistrates’ Courts of having committed an act of a lewd, obscene or disgusting nature or outraging public decency by taking an up-skirt video clip of a female on the escalators inside Mega Box.

Appealing his conviction, counsel for the appellant argued that (i) his conviction was unsafe and/or unsatisfactory as the magistrate had erred in finding the appellant’s behaviour was deliberate and that the possibility of accident could not be excluded, and (ii) the magistrate had misunderstood the evidence before him and drew conclusions when there was no evidence to support the same resulting in an error in the findings of facts.

Ultimately, the appellant’s conviction was quashed and the sentence set aside.

A link to the judgment dated 10 September 2020 may be found here.

Pacific Chambers would like to welcome our newest member, Ms. Peggy P.Y. Pao. Peggy previously served pupillage under Mr. David Boyton. Peggy is developing a general practice, handling civil and criminal cases. You may find a link to her profile here: https://www.pacificchambers.com/barristers/peggy-pao

Congratulations to members Micky T.B. Yip and Holden N. Slutsky who have been granted full registration with the Singapore International Commercial Court (SICC), enabling them to represent parties in proceedings before the SICC and in appeals from such proceedings to the Singapore Court of Appeal.

Jeevan Hingorani has been accepted onto the Financial Times Non-Executive Director Diploma Course commencing on 12 March 2019. The course provides practical insight into the operations of public companies at board level and the stringent regulatory requirements they need to meet in the modern age.

Jeevan Hingorani and Kevin Li achieved a landmark success for the Plaintiff in a hard-fought probate battle involving challenges to a will based on due execution, testamentary capacity and knowledge & approval grounds. Having lost at first instance, they succeeded on appeal to the Court of Appeal whose Judgment is of considerable importance to probate practitioners. The Defendant’s applications for leave to appeal to the CA and the Leave Committee of the CFA were soundly rejected. See Choy Po Chun & Ano v Au Wing Lun. 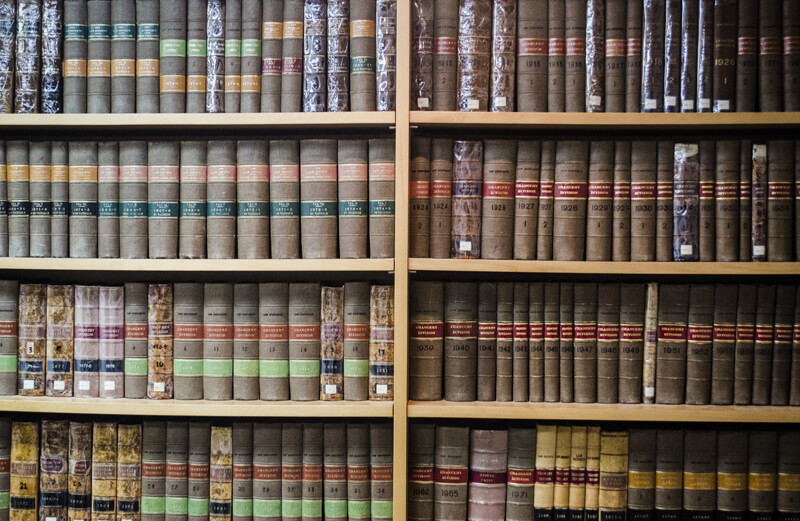 On 17 April 2018, David Boyton and Micky Yip received the Individuals' Special Award of the 2016/2017 Recognition Scheme for Provision of Pro Bono Legal Services from the Home Affairs Bureau.