Mary started her career in London. She was called as a barrister in 1983 and undertook pupillage at the chambers of GRA Darling QC (now St. Philips Stone Chambers) in Middle Temple. She went on to work in the insurance (as claims executive and underwriter) and transport industry before returning to legal practice and requalifying as a solicitor. Mary moved to Hong Kong in 1992 continuing practice as a solicitor for over 20 years, for the most part as a dispute resolution partner in Hong Kong and international law firms. Mary's extensive experience spans the financial, insurance, transport, energy, commodities, IT and manufacturing sectors.

In 2013, Mary joined the Hong Kong Bar and Pacific Chambers in Hong Kong to become self-employed and independent as she was increasingly being appointed as an arbitrator and mediator. In 2014, she joined Stone Chambers London and Singapore as an Associate Member.

Mary has been involved in arbitrations since her early years in London, conducting arbitrations including HKIAC, ICC, SIAC, SCMA, LMAA, CIETAC as well as ad hoc arbitrations. She has been appointed arbitrator since 1996, including pursuant to "commercial man" clauses and is on the panel of arbitrators of various regional arbitration centres. She regularly sits in Hong Kong, London and Singapore arbitrations.

Mary is the current Chair of the Chartered Institute of Arbitrators (East Asia Branch), only the second lady chair in its 45 years history.

She is recommended in Legal 500 Asia-Pacific 2017 - The English Bar: Commercial (Tier 1). She has also been recognised by "Who's who of the Law" (Hong Kong), Chambers Global, and Chambers Asia, and has been described as:

'An arbitrator with experience in London and Hong Kong.' (Legal 500 Asia-Pacific 2017) 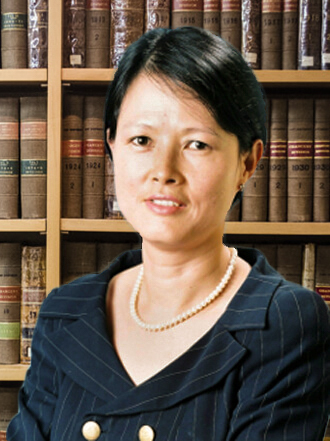